You are here: Home / About Us / Team / Betsy Siggins, Founder 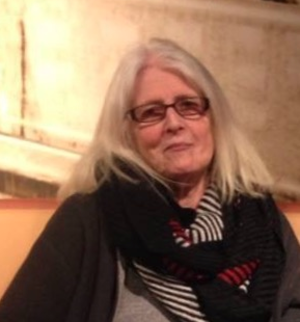 BETSY SIGGINS has been a central figure in the Cambridge folk music community since she happened upon the local coffeehouse scene as a college freshman in 1958. Betsy was a founding member of Club 47, the legendary venue where musicians such as Joan Baez, Jim Kweskin, and Eric von Schmidt helped to launch the folk revival. Club 47 remained the center of activity in folk music for nearly a decade. Betsy witnessed firsthand the infamous evening concert at Newport 1965, where her friend Bob Dylan âwent electric.â She was there when photographer Dick Waterman rediscovered and brought to the North blues performers Son House and Mississippi John Hurt. Music journalist Robert Shelton corresponded frequently with Betsy in order to write New York updates on the âCambridge scene.â

When Club 47 closed in 1968, Betsy went on to work with many nonprofits. In Washington , D.C. , she aided Ralph Rinzler with the Festival of American Folklife, patterned after the earlier festivals at Newport . During 20 years in New York , she founded programs for homeless people with AIDS and worked at various soup kitchens and food pantries, and also earned a B.S. degree in community development, focusing on women in poverty. Throughout this time, she was always able to call on folk friends to perform at benefit concerts. Betsy was one of the first people to connect social problems requiring money and awareness with artists who shared her concerns.

In 1997 Betsy returned to Club 47’s successor, Club Passim and for 12 years served as executive director, creating nonprofit programs such as Culture for Kids, an after-school program for underserved Cambridge students, the Passim School of Music, and the Passim Archives. Now, a founder of the New England Folk Music Archives/Folk New England, she turns her energies to establishing a permanent home for the legacy of the folk music community in New England.