You are here: Home / About Us / Founders Committee / Ellis Paul 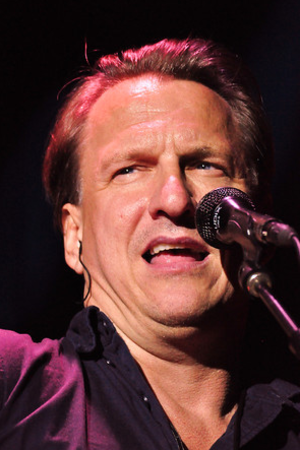 Ellis Paul became infatuated with the music of Woody Guthrie, drawn to Woody’s social consciousness and the humanitarian streak that ran through his work. He even had a tattoo of Guthrie imprinted on his right shoulder, referring to it as “a badge of who he was.” His commitment to Guthrie’s legacy eventually led to his inclusion in a ten day celebration of Woody’s work held at the Rock and Roll Hall of Fame in September 1996, an event that included such notables as Bruce Springsteen, Billy Bragg, the Indigo Girls and Ani DiFranco and which was presided over by Guthrie’s daughter Nora. Later, when Guthrie’s hometown of Okemah, Oklahoma hosted the first Woody Guthrie Folk Festival in July, 1998, Paul was tapped as one of the headliners. He has since made this an annual part of his touring schedule, garnering the honor of being named an honorary citizen of Okemah in the process. The connection with Guthrie continued into the new millennium when Nora Guthrie invited him to put music to a set of her father’s lyrics. He later participated in the “Ribbon of Highway” tour, a communal salute featuring such luminaries as Arlo Guthrie, Marty Stuart, Ramblin’ Jack Ellott, Nanci Griffith, Guy Clark and Janis Ian, among others.